“I’ve been in the game a long time, but I’ve always considered myself a student,” says G. Love. “Finishing this album with Keb Mo’ felt like graduation.”

Recorded in Nashville with a slew of special guests including Robert Randolph, Marcus King, and Roosevelt Collier, ‘The Juice’ is indeed diploma-worthy. Co-produced and co-written with GRAMMY-winning icon Keb Mo’, it’s an electrifying collection, one that tips its cap to more than a century of blues greats even as it offers its own distinctly modern pop spin on the genre, mixing programmed beats and hip-hop grooves with blistering guitar and sacred steel. G. Love’s lyrics are both personal and political here, artfully balancing his appreciation for the simple joys in life with his obligation to speak out for justice and equality, and his performances are suitably riotous and rousing to match, with infectious call-and-response hooks and funky sing-along choruses at every turn. Easy as it is to succumb to cynicism these days, the songs on ‘The Juice’ refuse, insisting instead on hope and determination in the face of doubt and despair.

“I’ve always tried to make music that’s a force for positivity,” G. Love explains. “It was important to me that this album be something that could empower the folks who are out there fighting the good fight every day. I wanted to make a rallying cry for empathy and unity.”

Born Garrett Dutton in Philadelphia, PA, G. Love grew up equally enthralled with folk, blues, and rap, devouring everything from Lead Belly and Run D.M.C. to John Hammond and the Beastie Boys. After migrating to Boston, he and his band, Special Sauce, broke out in 1994 with their Gold-selling self-titled debut, which earned widespread critical acclaim for its bold vision and adventurous production. Over the next twenty-five years, G. Love would go on to release seven more similarly lauded studio studios albums with Special Sauce (plus four solo albums on his own), solidifying his place in music history as a genre-bending pioneer with a sound The New York Times described as “a new and urgent hybrid” and NPR called a “musical melting pot.” G. Love’s magnetic stage presence, meanwhile, made him a fixture on festival lineups from Bonnaroo to Lollapalooza, and his relentless appetite for tour and collaboration landed him on the road and in the studio with artists as diverse as Lucinda Williams, Dave Matthews, The Avett Brothers, Jack Johnson, and DJ Logic.

While G. Love has covered considerable sonic ground during his prolific career, he’s always found himself drawn back to the blues, and to one bluesman in particular.

“Keb Mo’ and I got signed to the same label at the same time back when I first started out, and we toured together early on in my career,” G. Love remembers. “He used to introduce me onstage as ‘a true American original,’ and I could tell that he got a kick out of what I did. We didn’t see each other for a while after that, but a few years ago we reconnected and did a co-headline tour, which was really special for me.”

Two decades after they’d first hit the road together, the unlikely duo picked up right where they left off, and after a couple late-night jam sessions, G. Love pitched Keb Mo’ on producing his next album. The pair decided to test the waters with a writing session first, teaming up with GRAMMY-winner Gary Nicholson (famed for his work with B.B. King, Buddy Guy, Willie Nelson, and Ringo Starr among others) for a week in Nashville, where they penned a handful of tunes based on phrases G. Love had saved in his phone or rough demos he’d recorded at home on Cape Cod. Those tracks quickly became fan favorites on the road, and G. Love knew he was on to something special.

“I got wrapped up in touring and in my Jamtown project with Donovan Frankenreiter and Cicso Adler after that first session, and even though I really enjoyed working with Keb Mo’ and Gary, it was a year-and-a-half before I was able to get back down to Nashville to finish writing the album with them.”

When it came time to record, Keb Mo’ was meticulous, working closely with G. Love in the studio on nearly every aspect of his performances. While G. Love was used to creating raw, loose albums by the seat of his pants, Keb Mo’ worked in a much more deliberate, methodical fashion, building songs up like a hip-hop producer. He’d create a beat on his keyboard, lay down a bass line, and then coach G. Love through the tracks sometimes line-by-line.

“He was always impressing on me where to place the emphasis and how to phrase my lyrics and guitar playing in relation to the beat,” G. Love explains. “He’d tell me to sing like I had a shovel in my hands and I was digging on the one.”

The resulting mix of G. Love’s idiosyncratic style and Keb Mo’s old-school influence proves intoxicating on ‘The Juice,’ which opens with the shuffling, anthemic title track. “We got the juice / We got the love / We got the dreams / We had enough,” G. Love sings, setting the stage for an album all about recognizing your power to impact the world around you in ways both big and small. The infectious “Birmingham,” for instance, is an ode to perseverance when , while the funky “Go Crazy” cuts loose in the face of our maddening 24-hour news cycle, and the relentless “Shake Your Hair” rattles off a head-spinning list of modern ills before declaring “donate, don’t wait, spread love don’t hate.”

“I’ve never been the kind of guy who thinks he’s going to change the world with his guitar,” reflects G. Love. “But maybe I can write the kind of songs that give strength and encouragement to the people who are out there doing the work to make this planet a better place. Those are the people I want to lift up with my music.”

When G. Love sings about making the world a better place, he’s not just singing about politics, though, and ‘The Juice’ serves as a beautiful exploration of the ways we can brighten our own little worlds and the worlds of those we care about on a daily basis. The gritty “SoulBQue” is a celebration of community and friendship, while the rootsy “She’s The Rock” pays tribute to all the little ways lovers can lift each other up, and the breezy “Diggin’ Roots” spins cultivating a garden into a metaphor for the importance of tending to your home and family and neighbors.

“I was going through a tough time in my life when I met my fiancé, but my whole world seemed to turn around after that,” says G. Love. “I started meditating, we had a son, and we moved out to the Cape. That’s when I stopped writing breakup songs and started writing love songs and family songs and friendship songs.”

Life is good for G. Love these days, and he’s not taking a moment of it for granted. In fact, in just the past few years alone he’s launched his own beer collaboration with Oregon’s Good Life Brewery (The Juice IPA), started his own festival in Massachusetts (The Cape Cod Roots & Blues Festival), and founded his own record label, Philadelphonic, which he aims to use as an outlet for curating both music and visual art (the cover of ‘The Juice’ features a brand new work G. Love commissioned from renowned painter Greg Haberny). 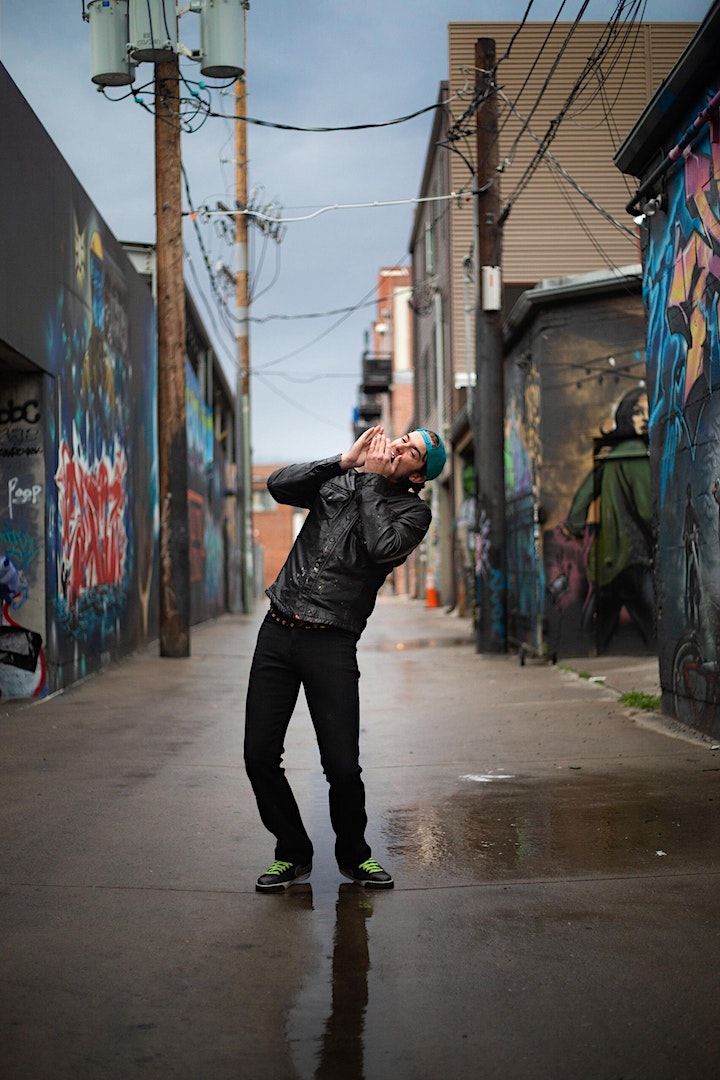